When it is time to add a new pet to the family some like to get a dog. They search and search for the right breeder and a reputable breeder to buy from. However, approximately 1.5 million animals per year are euthanized around the United States.  It might take more time and searching to find the right fit, but rescuing a dog is a good way to give an adult dog a forever home. You’ll also be making new space in a shelter or rescue for other dogs to be adopted.

Cockapoos are a relatively new designer dog breed that has been trending for a long time. Like most designer dogs or purebred dogs, the appeal fads for those that aren’t really committed pet owners, have financial troubles, or can’t stand exercising their dog. In addition, there are also some instances when a dog owner can no longer care for the pet or pass away. This means that a Cockapoo will end up in a shelter or rescue.

Even if you’ve decided you want to try and rescue a Cockapoo, it may be hard to decide where to adopt from. Furthermore, how do you find a reputable adoption organization? We have done our own independent research and found some organizations that we believe are some of the best Cockapoo rescues.

Because Cockapoos are a new cross between a Cocker Spaniel and a Poodle there aren’t many exclusive Cockapoo rescues. This breed tends to end up either in a Cocker Spaniel rescue, an all breeds rescue or a Poodle rescue. We do encourage you to do some of your own research as well. 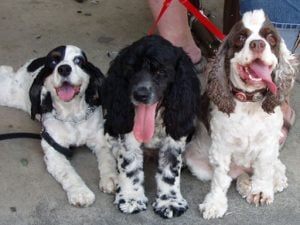 DFW Cocker Spaniel Rescue is a non-profit rescue organization that is based in Plano, Texas. This is a suburb north of Dallas. They take in Cocker Spaniels and Cocker crosses like the Cockapoo that needs to find a new home for one reason or another. They run completely on fundraisers and donations to get the Cockapoos that are in foster homes waiting to be adopted the care they need.

They take in Cockapoos when they need a fresh start.  Since some dogs come into the rescue in need of some training or rehabilitation, they aren’t ready for adoption immediately. The dogs are often sent to foster homes so the volunteers can see the personality and needs.

DFW Cocker Spaniel Rescue does have a very strict application process as well as adoption fees. This ensures that families are serious about adopting a Cockapoo as well as making sure the dog is placed with the right family who will support them for as long as they live.  To help families and potential adopters, DFW Cocker Spaniel Rescue does have several adoption events throughout the year.

If you are interested in adopting a Cockapoo from this rescue organization fill out an application. They will take some time to review the application and get back to you. The volunteers ask that you give them at least 48 hours to respond since most of them have full-time jobs.

There is also the possibility that they will ask for a veterinarian recommendation from you. This may not be possible if you have never had a pet before and don’t have a relationship with a veterinarian. We recommend that you have an idea of where you would like to take your future Cockapoo rescue in case of health emergencies.

Doodle Rock Rescue is a rescue based in Dallas, Texas that specializes in the rescue and placement of any kind of Poodle cross like Cockapoos. They have all kinds of Doodles, including Cockapoos, Goldendoodles, and Labradoodles. They are dedicated to making sure each dog that through their rescue is placed with the right family.

All of the rescue dogs go through a foster family first. This is where they get to know the dog and its temperament. For example, each foster family notes what the dog likes, doesn’t like, and needs to work on, in terms of behavior, during this time. No dog is adopted until they have graduated from the rescue’s foster program. This is for the benefit of both the future adopting family and the dog.

A failed placement is not something that is good for either party. With the foster program, Doodle Rock has decreased the number of dogs that are returned to the rescue. We are confident that this is a reputable and trustworthy Cockapoo rescue that truly cares for the dogs.

They do have an extensive application process and screening procedure for prospective pet owners. They want to know about your family, lifestyle, and time commitments. As well as your expectations for owning a pet.

Doodle Rock does adopt dogs to other areas outside of Dallas. However, you do have to live within a 350-mile radius to adopt a Doodle Rock dog. 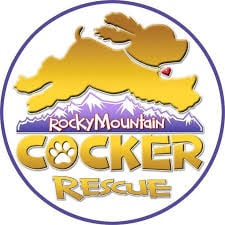 Rocky Mountain Cocker Rescue only accepts Cocker Spaniels, Cockapoos, or other Cocker Mixes. However, it has to be obvious that the dog is partly Cocker Spaniel. There are Cocker Spaniel rescues that will take any breed of dog, but this is not one of them.

This is also the only Cocker Spaniel rescue that is PACFA-licensed. PACFA is an organization that helps to monitor and maintain the ethical running of rescue operations. PACFA or the Pet Animal Care Facilities Act was set up to make sure that the health and well being of animals are protected when they are in rescues or kennel settings.

Rocky Mountain Cocker Rescue prides themselves on this license and their dedication to the pets in their care. They have an extensive application process and are very careful about who the dogs are placed with. They do also work with other rescue organizations and neighboring states to take in cockapoos and Cocker Spaniels. This builds a more extensive network of potential families. It also makes sure more people are dedicated to finding the dogs the right home. If you’re in Colorado, this is one of the best Cockapoo rescues. 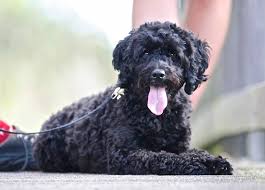 Furry Friends Rescue is located in the San Francisco Bay area and is run completely by volunteers. They are a registered non-profit that has one goal to make sure that all of their rescues find forever homes.

While this rescue is not exclusively for Cockapoos they do take them in and find them great families. Furry Friends was established to help any homeless pet find the right place for them. You can be confident when rescuing from this organization for a few reasons.

The first reason is the simple fact that they have been around for a long time. They were founded in the late 1990s and have adopted out many dogs.

The founders and many of their friends that eventually formed the original team had already rehomed many types of pets. They do happen to have a Cockapoo for adoption right now and have seen many come through their doors.

The only thing that might stop you from finding your next family member here is your location. Because they like to keep up the alumni of their rescue program, they will only adopt to families that live in the San Francisco Bay area. 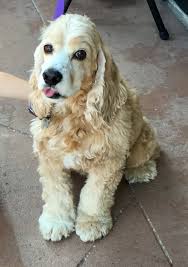 It may seem that we have a lot of Cockapoo rescues in Texas, but the fact of the matter is that Texas has one of the largest numbers of euthanized dogs in the entire United States. Houston Cocker Spaniel Rescue is an operation that is housed completely by volunteers and saves many Cockapoos every year.

This rescue organization was founded many years ago. Those that started this rescue have a deep love for Cocker Spaniels and Cocker mixes such as Cockapoos. They actually have about 25 years of experience taking in abandoned Cocker Spaniels.

If you’re interested in rescuing a Cockapoo, you are encouraged to contact them. However, they do say to give them plenty of time to return your call or message from the contact form. Most of the volunteers have full-time jobs and families that require time and attention as well.

Other Cockapoo Rescues to Consider

Here is a list of other Cockapoo rescues that aren’t exactly location-dependent and have volunteers all around the United States.

We also suggest that you check with your local shelter, humane society, or pound. We acknowledge that rescuing or adopting a Cockapoo is extremely difficult because they are a popular dog breed. In addition, Cockapoo’s are pretty well-tempered dogs and don’t typically end up being surrendered. 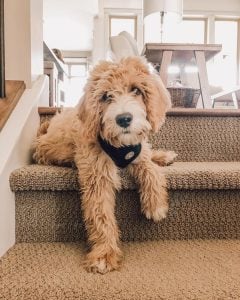 There aren’t many dedicated Cockapoo rescues because they are a relatively new designer dog breed. In addition, there aren’t many people who surrender or give up on their Cockapoo because they are easily trainable and typically non-aggressive dogs. However, there are always certain circumstances where an owner can’t have a dog or can’t financially care for the dog so many Cockapoos will end up in rescues. It will be difficult to adopt a Cockapoo, but you’ll end up saving a life in the long run!

Care of My Dog believes that dogs can teach humans more about life than humans can teach a dog. Inspired by our own dog.